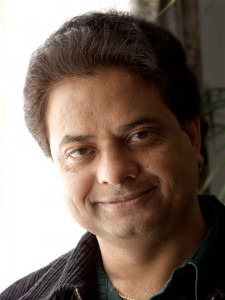 Trivedi energies, blessing: 195 (They are Dark Side energies, that’s why the low vibration)

Trivedi, an East Indian scientist or engineer? A hack? A guru? A fraud? is new to the American scene.

He gives blessings, in person, in groups, and over the telephone to large number of people.

His stated purpose is to prove to the scientists that this works, so he also gives blessings to animals, growing fields, etc.

I went on his monthly blessings $50 a pop program.

My experience is that he is indeed sending very very very strong energy your way. The event I went on, the energy submission was effectively 60 seconds long, very knockout strong, and I had a recovery time of a few days.

Steve, my friend from the previous case study, had definite detoxification symptoms, he was out of sorts for quite a few days. The transmission (blessing) did not raise his vibration.

END_OF_DOCUMENT_TOKEN_TO_BE_REPLACED

The intention of this post is to show that in order to have a permanent and earned rise in your vibration, you need to connect to the Creator directly.

About a month ago a friend of mine, Steve, spent the weekend at a well-being seminar with Sai Maa.

Sai Maa is an Indian guru. I know her personally, she spent some time in Syracuse.

Which means that Sai Mas acts as a connector between Source and them, and once Sai Maa removes herself, they fall into the abyss, and then slowly recover.

I also measured Sai Maa’s vibration during a weekend, and during downtime… when she was on the weekend, her vibration rose to 520, off time, it fell to 250… obviously not an earned vibration the 520. It is the result of whipping oneself into a frenzy.