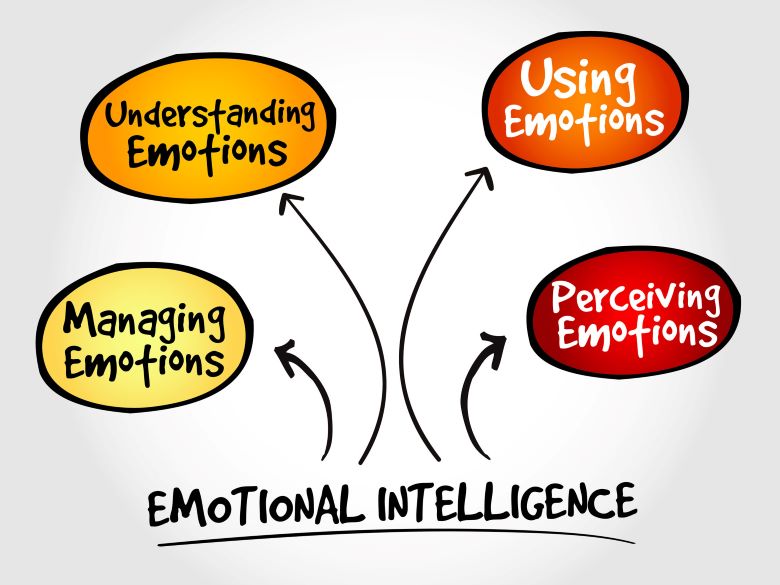 I spent two hours on technical support this morning. My emails are not delivered… and that is a big problem in a business…

The lovely support person, Claire, was knowledgeable, but here anxiety was so strong, I got dizzy from it.

Even though I don’t know her from Adam, I took it on myself to coach her… I felt that she was anxious because it takes time to do what she does, and she had to make me wait here and there.

That stressed her out… I assured her that I have no problem waiting, that she was fine, that she was competent, and she didn’t need to hurry.
She calmed down, and I could breathe again.
Emotional Intelligence. I encouraged her to call me any time… after all I can’t expect someone to be able to do it for themselves… without any training.

This is an unfortunate nature of reality…

Here is another example. One of the participants in my programs shared that until I asked him to experience his distaste, he’d felt numb for two months.

This is a great catch. Even though I am an empath, I don’t always identify the beingness of a person accurately, astutely, because the feeling is alien or unknown to me. I don’t experience numb outside of a dentist’s office…

But truth be told, half of all people who ask for their vibrational reading, feel numb. They hold their breath lest they feel something they don’t want to feel.

Starting with Christianity that “blazed new vistas to misery by saying that even your thoughts are sins… culminating in “positive thinking” and “law of attraction” bullsh*t, humanity is now in a perpetual state of numbness, where even feeling a bad feeling, thinking a bad thought is considered BAD and need to be suppressed.

So, what do you do with something that is there but you don’t want to know about? You suppress it. Or you try to fix it. Or you try to overpower it with ‘positive’ emotions and ‘positive’ thoughts.
Result: reduced intellect, numbness, stupidity, deadness, illness, a meaningless life not worth living.
I remember suppressing my anger from an early age.

I was about three years old, and I had reason to be angry. But then my newborn sister died, and I put two and two together: I killed her and it was my anger that killed her. Children’s logic. Very powerful.

I used everything I could put my hands on to not feel.

At a certain point I took 10 Valiums a day. 5 mg each? You can kill a cow with that much Valium. I still could not sleep.

When I was in Israel I found a book that taught people how to release anger. It took me many years to allow it to be released, but I have released it.

When I am angry today, it is a fresh crop… not some old suppressed anger trying to find a release.

The reason it took so long, because anger is terrifying. It is like sitting on a volcano: once it erupts, you know you can’t control it. So I let a little bit out of the bag, so to say, and dealt with it.

SOURCE: click to continue reading Emotional Intelligence: When you suppress half of reality, you need to suppress all of it…